pl_crusoe is my main side project at the moment, a map for Team Fortress 2 set by the side of a Scottish lake. It makes extensive use of the Frontline! and Maritime community content packs, and is based loosely on a layout by tf2maps user Tyler.

Since adopting it from Tyler, I’ve redesigned the second and last points completely, including the distinctive sweep down into last, and the long “gauntlet” defensive positions at the second control point. Gameplay is tried and tested TF2 staples, with a focus on verticality and flanking, plus several spaces for attackers to recuperate before their final attacks.

I’m working on Crusoe on and off in my spare time, hoping to have a completed alpha ready for collaboration with a more talented artist during summer 2019. 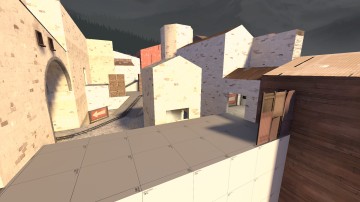 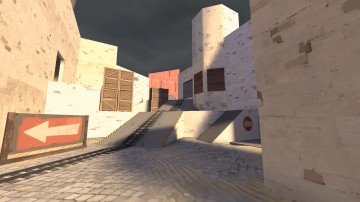 The long curve down into the finale acts as a distinctive centerpiece for the map, and keeps the final area contained and easy-to-navigate while keeping the attackers exposed to the defenders for as long as possible – a great sentry position for the defenders is the balcony in the centre just outside spawn. Attackers can push through a low flank to reach a good sniper position, but one that’s vulnerable to counterattack by jumping classes. Alternatively, the windows in the image above make for a great place to cover the arena from, but you’re unable to see one of the spawn exits or the strongest sentry spot. The end of the spiral is at a distinct height disadvantage, meaning that as players press forward the ability of the defenders to spam becomes greater – but the distance from defensive positions increases, forcing the defenders to hold forwards near the cart in fear of a back-cap or a fast class. 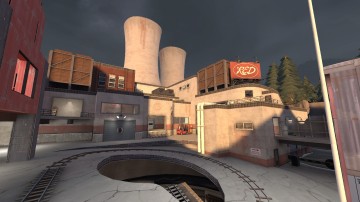 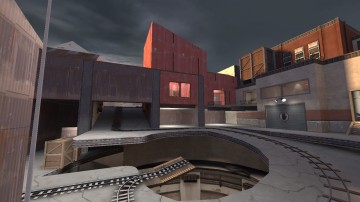 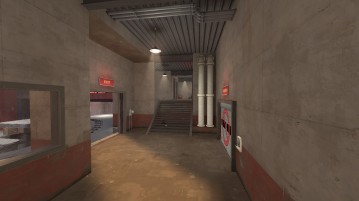 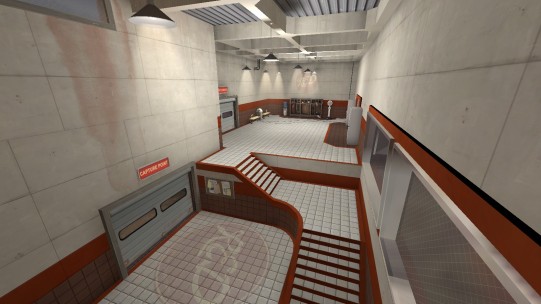 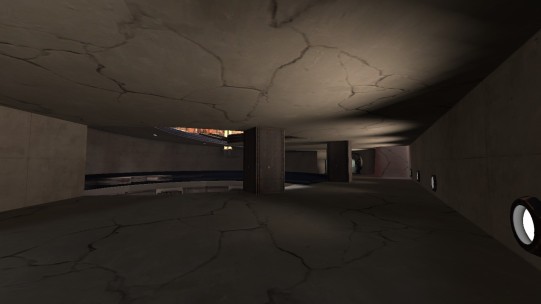 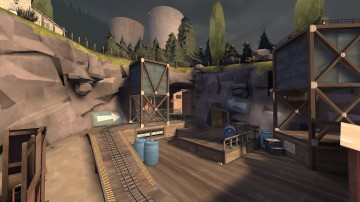 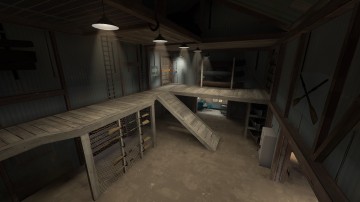